Capitalism, Its Crises and Its Alternatives: Understanding Real Utopias 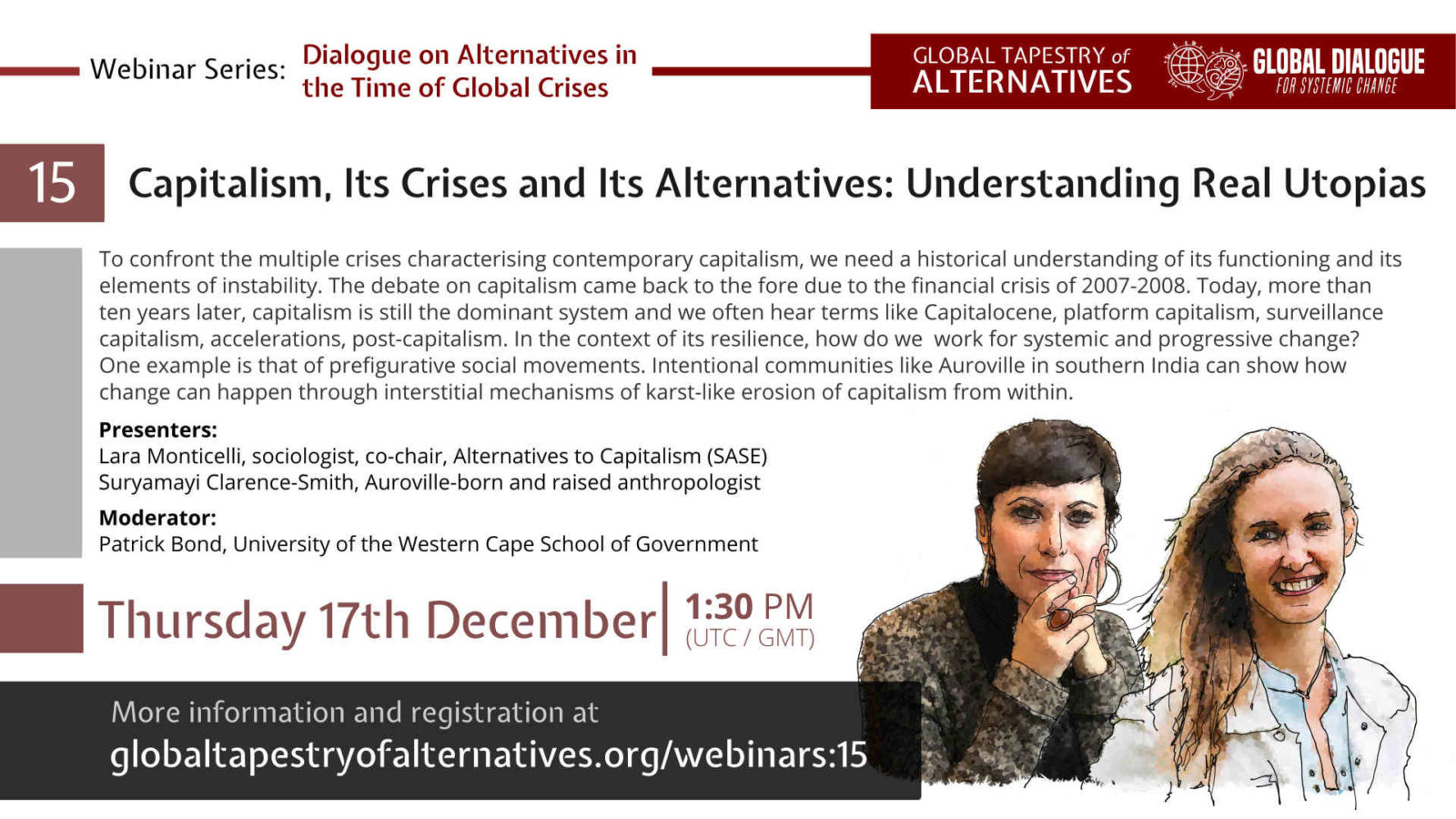 To confront the multiple crises characterising contemporary capitalism, we need a historical understanding of its functioning and its elements of instability. The debate on capitalism came back to the fore due to the financial crisis of 2007-2008. Today, more than ten years later, capitalism is still the dominant system and we often hear terms like Capitalocene, platform capitalism, surveillance capitalism, accelerations, post-capitalism. In the context of its resilience, how do we work for systemic and progressive change? One example is that of prefigurative social movements. Intentional communities like Auroville in southern India can show how change can happen through interstitial mechanisms of karst-like erosion of capitalism from within.

The webinar is part of the webinar series “Dialogue on Alternatives in Times of Global Crises” organised by the international network Global Tapestry of Alternatives (GTA).

The webinar, as all the other webinars in the series, has been recorded and you can watch it here.