I am an economic and political sociologist, lecturer and public speaker interested in the critical study of contemporary capitalism, its crises and its alternatives.

I am an Assistant Professor and Marie Skłodowska Curie fellow at the Department of Management, Politics and Philosophy at Copenhagen Business School (Denmark). Here I teach and supervise students about capitalism, social change, social movements, sustainable practices, and transformative economies.

My ongoing research project, titled “EcoLabSS – Ecovillages as Laboratories of Sustainability and Social Change”, focuses on the post-2008 emergence of community-based, prefigurative social movements as living laboratories experimenting with practices of resilience and resistance to environmental, economic and societal challenges.

I am the co-founder and co-chair of the research network “Alternatives to Capitalism” at the Society for the Advancement of Socio-Economics (SASE). Established in 2017, the network constitutes an interdisciplinary home for researchers interested in bridging, mapping and understanding various collective practices aimed at fostering social empowerment and fairer, just societies.

Together with my colleague Torsten Geelan, I am the editor of a new book series titled “Alternatives to Capitalism in the 21st Century” published with Bristol University Press. I am also honoured to be a new member of the Real Utopias Project commitee that aims at continuing the legacy of Prof. Erik Olin Wright.

You can visit my institutional webpage at the Department of Management, Politics and Philosophy at Copenhagen Business School by clicking here. 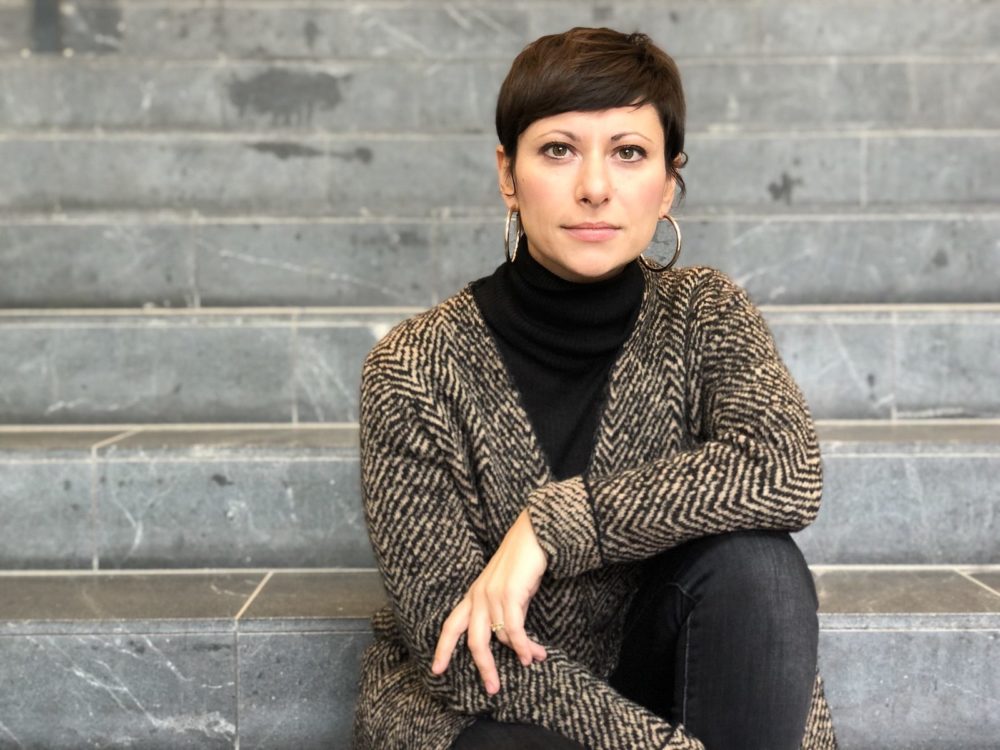 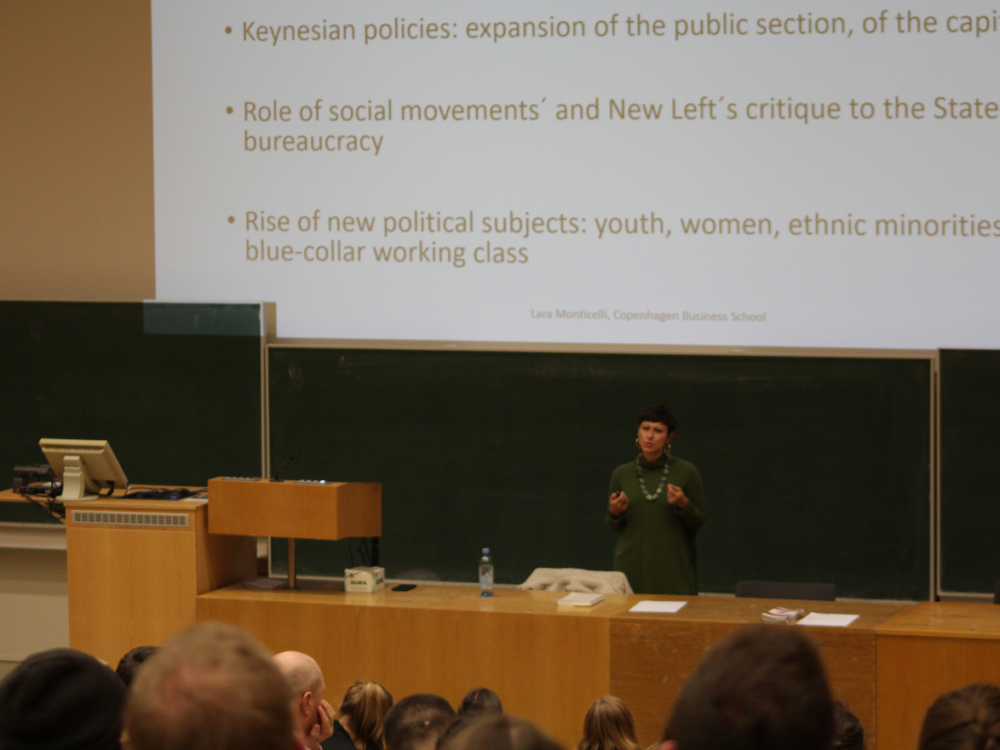 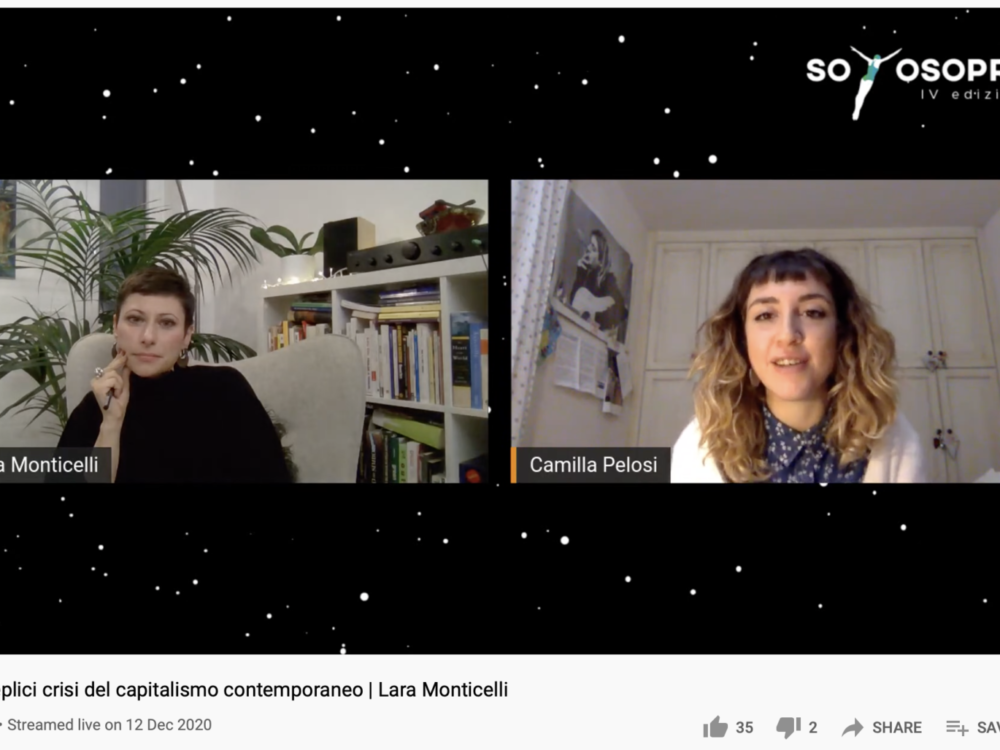 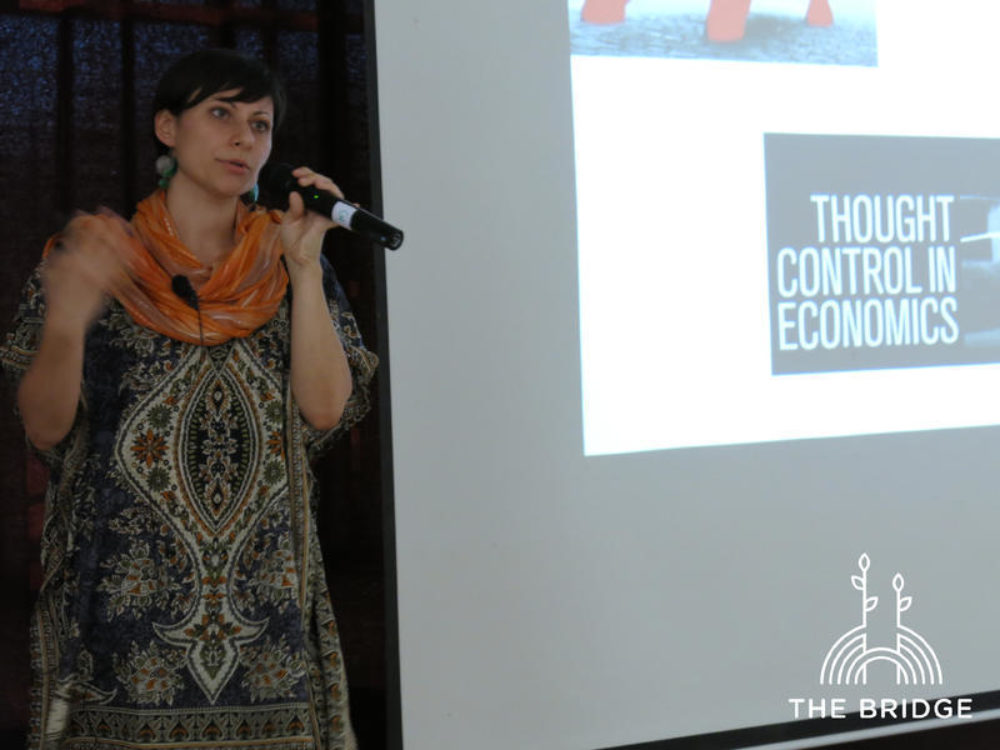 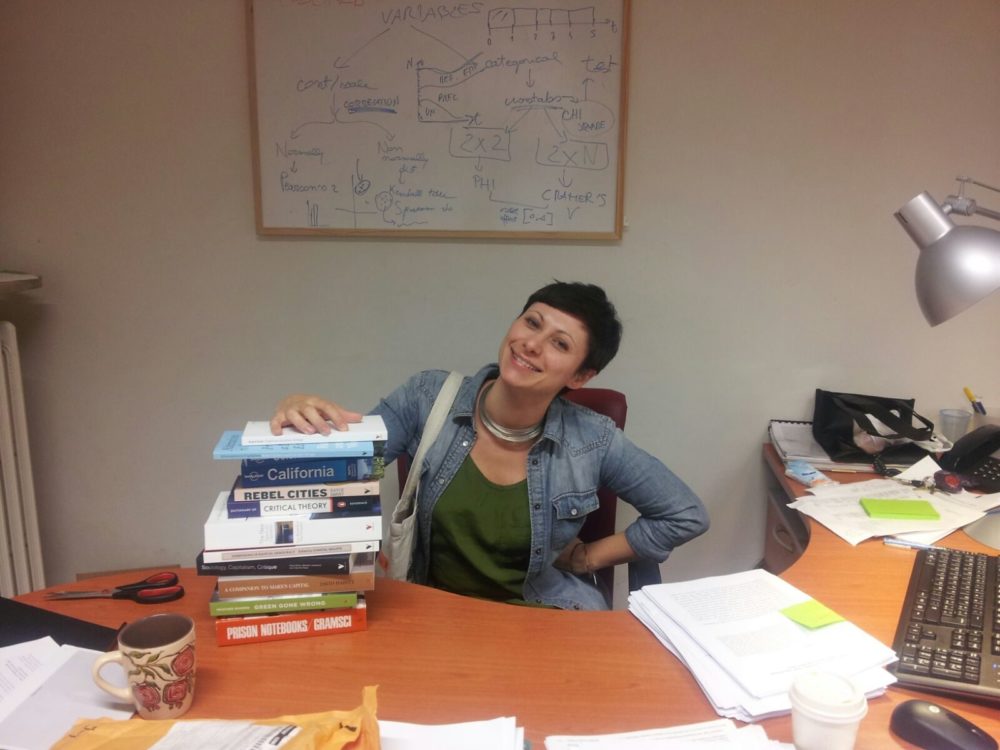 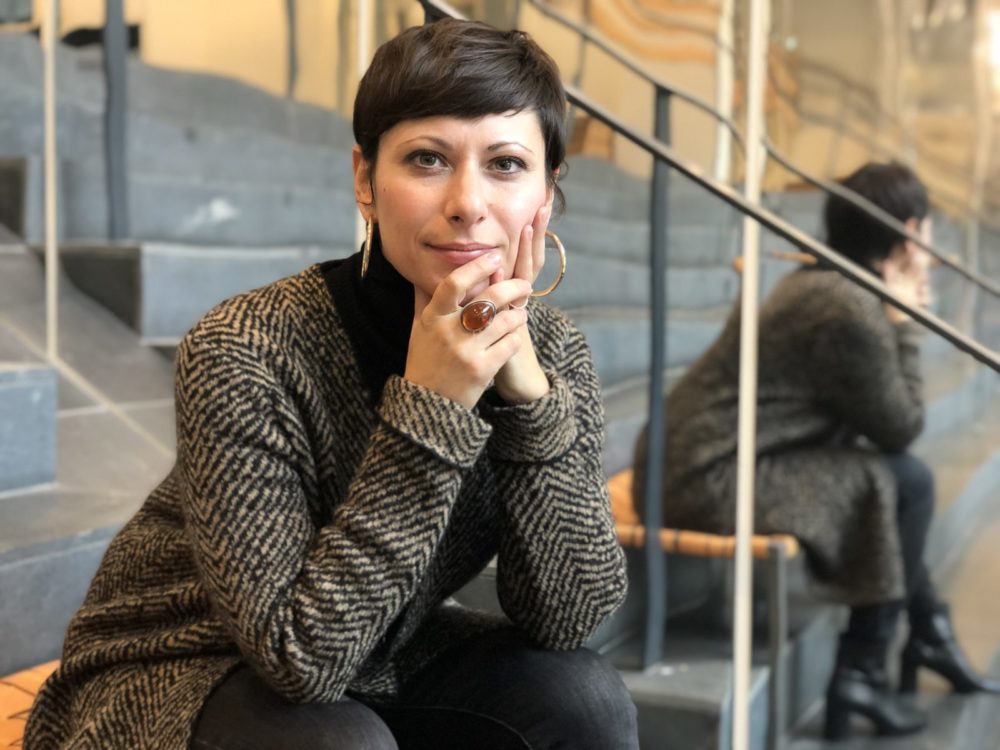 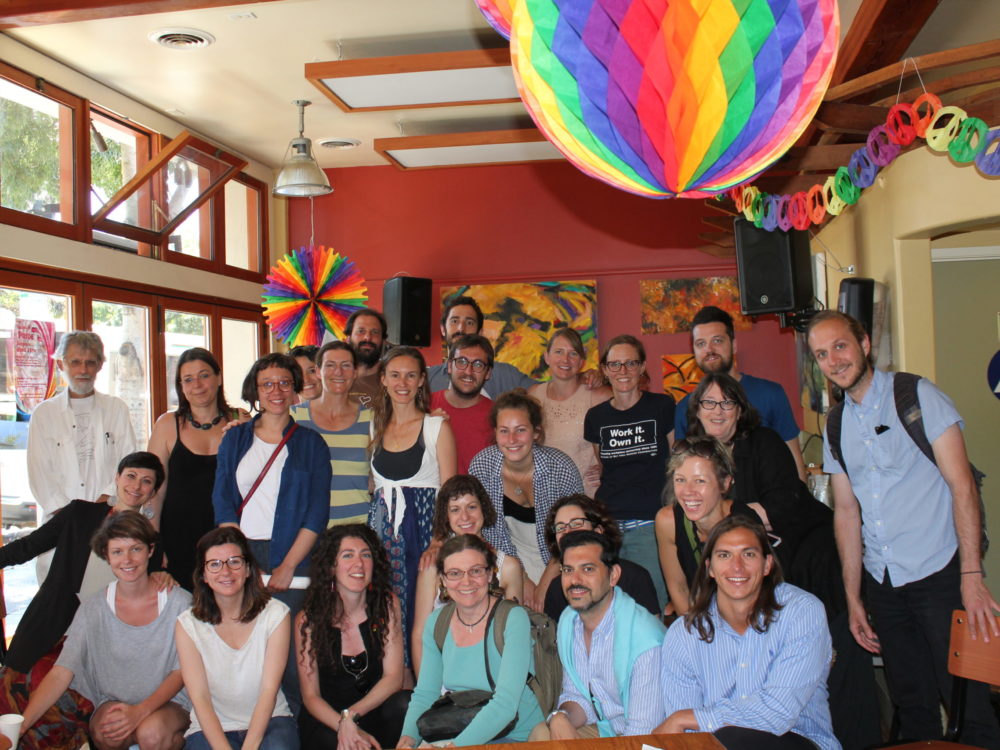 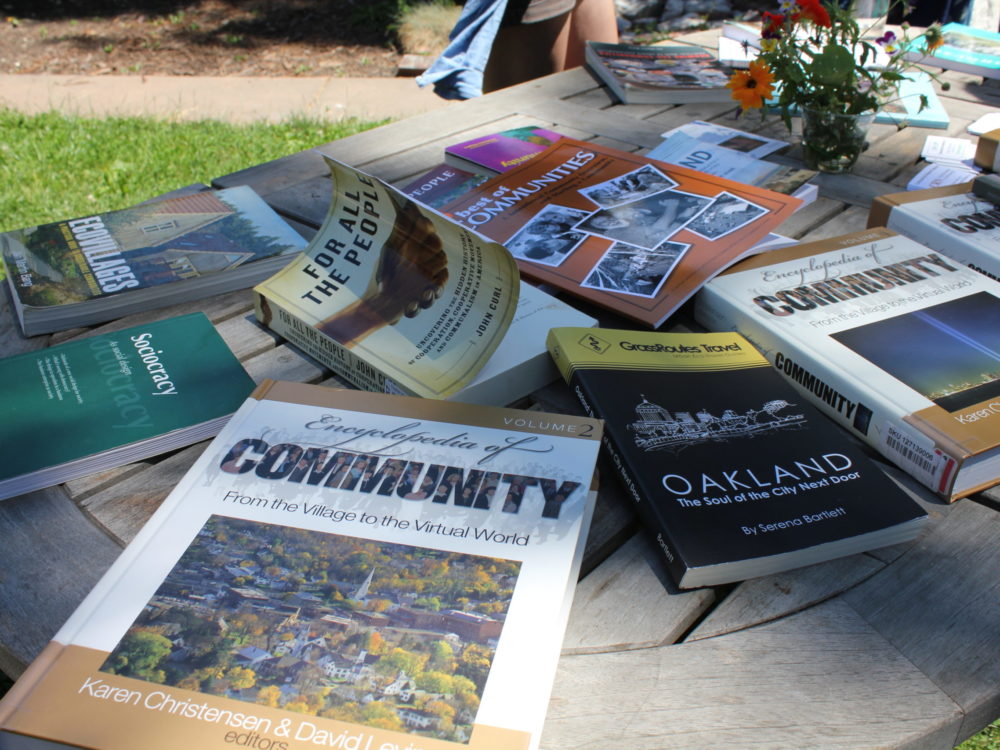 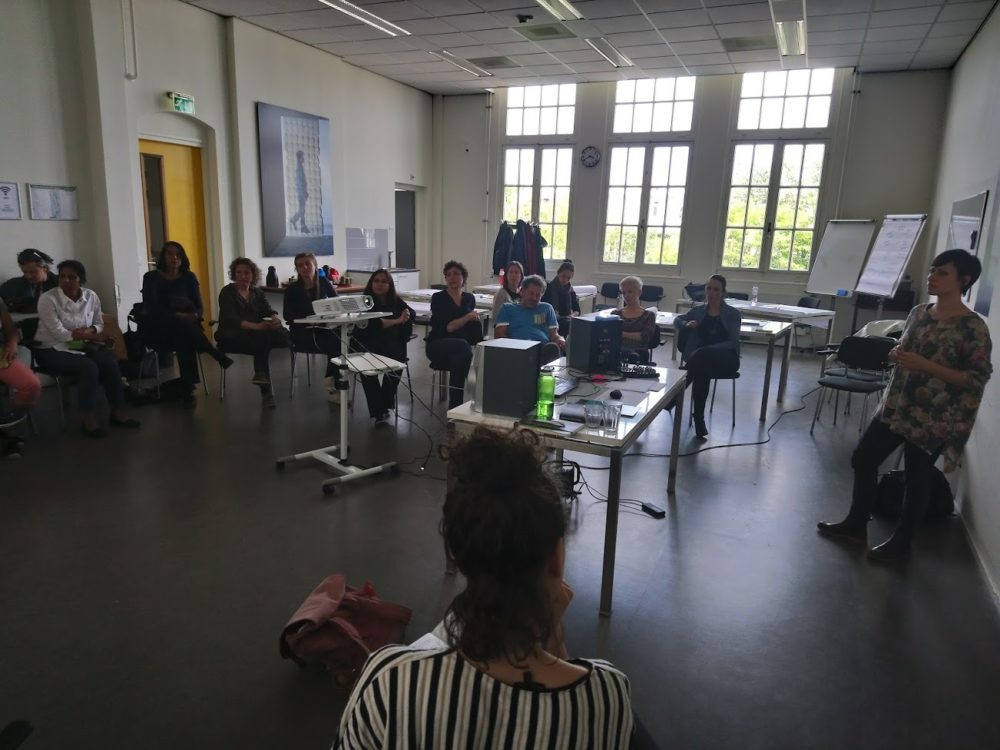 Half-Italian and half-Polish, I grew up in a small town in the North of Italy, Mantova. Mantova is considered a jewel of Italian Renaissance. It has been renamed by some as “the sleeping beauty”. During my last years of high-school, I started to get involved in the transnational student movement against the war in Iraq. This allowed me to get in touch with the instances and grievances of the movement for global justice that originated in 1999 after the WTO conference in Seattle. I have always been fascinated with political philosophy, but it was during those years that I developed an interest for the critical analysis of society influenced by the reading of some old and new classics: Karl Marx, Erich Fromm, Antonio Gramsci, Rosa Luxembourg, but also Naomi Klein, Noam Chomsky and Slavoj Žižek.

While attending my bachelor in Public Administration and Management of International Organizations, and then a master of science in Economics and Social Sciences at Bocconi University in Milan, I kept volunteering, with increasing responsibilities, for a local branch of one of the biggest Italian cultural and social non-profit associations, ARCI. During my years as a graduate student, I was lucky enough to spend some time studying in some of the most renowned universities in the world: New York University (NYC), Fudan University (Shanghai), and Sciences Po (Paris) where I spent six months within the EU Erasmus exchange program.

After graduating, and after a short but eye-opening work experience in the private sector, I was granted a fellowship to conduct a PhD in economic sociology at the University of Brescia (Italy) which I successfully obtained in 2014 with a thesis analyzing the precarious school-to-work transitions of young Italians under the supervision of Professor Emilio Reyneri. While finalizing my PhD, I started to work as a research assistant in large European Union-funded research projects: YOUNEX, on youth precariousness and political participation in Europe, and LOCALISE, on local employment and social policies. Through these hands-on experiences, I learned how to conduct fieldwork, to interact within international consortia of institutions, and to deal with the administrative side of these large projects. As part of these collaborations, in 2013 I spent a visiting period at the Centre for Organizational Research (SCORE) at the University of Stockholm.

In 2015 I started a Post-doc at the department of political and social science at Scuola Normale Superiore di Pisa (SNS). During my time at SNS, and thanks to the vibrant environment of researchers working mainly on social movements, I started to conduct research and publish on young precarious workers’ forms of political engagement. I was especially interested in non-conventional forms of political participation like protests, demonstrations, but also political consumerism like boycotts and “buycotts”.

In the following years (2016-2017) I began to collaborate with Professor Francesca Forno and her research group on consumption networks and practices of sustainable economies (CoresNet) of which I am currently a member of. Together with Francesca and other colleagues, we organized two mini-conferences at the annual meetings of the Society for the Advancement of Socio-Economics (SASE): the first one in 2016 at the University of California Berkeley and the second one in 2017 at the University of Lyon. In the same year, I also spent a term as a visiting researcher at the University of Cambridge, Department of Sociology.

The two SASE symposia titled “Re-embedding the economy in society” (Polanyi-inspired) resulted in extremely successful and exciting gathering of scholars coming from different disciplines within the social sciences and applying different perspectives, but all sharing the same research interests: political participation, political consumerism, ecological practices and lifestyles, and critical approaches to the study of contemporary capitalism.

After my post-doc at SNS, I felt like I needed to take a leap of faith and realign my research with my personal interests and inclinations. Thanks to an independent fellowship, I was able to spend one year conducting an exploratory research project on ecological communities and preparing for a bigger grant application. Firstly, I stayed at the Dutch Research Centre for Transitions (DRIFT) at the Erasmus University in Rotterdam, a cutting-edge center for the study of ecology and sustainability. Secondly, I spent one month in Tamil Nadu, South of India visiting one of the oldest intentional communities in the world and UNESCO world heritage site, Auroville, accompanied by my friend, the Auroville-born and raised anthropologist Suryamayi Clarence-Smith.

Thanks to all these experiences, in 2018 my project “ECOLABSS – Ecovillages as Laboratories of Sustainability and Social Change” was granted the individual Marie Skłodowska Curie fellowship that allowed me to move to Denmark (the country with the highest number of ecovillages per capita in the world!). Here I settled at the Department of Management, Politics and Philosophy at Copenhagen Business School where I was appointed Assistant Professor and where I am currently based.